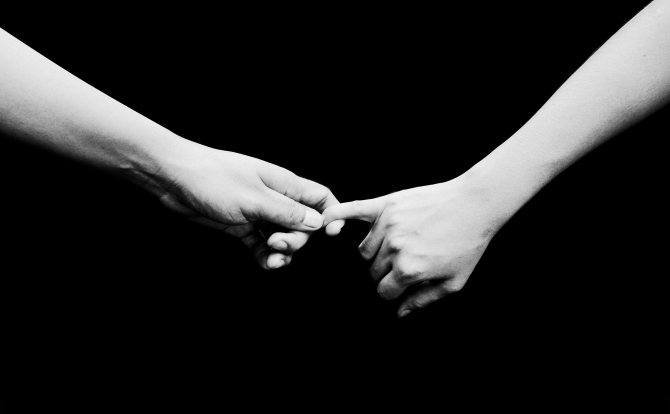 Emily looked at herself in the mirror, inspecting every inch of what she could see. “This old girl has still got it!” She hadn’t dressed like this in a while and it felt so good. It wasn’t just stepping into an old outfit, it was stepping into her old self.

“Are you talking to yourself?” Her husband asked from the en suite bathroom. He was pissed that she was going out but he hadn’t been able to think of a good enough excuse yet why she shouldn’t be allowed to go.

“No, nothing. Just gonna sort out my purse then go.”

He popped his head round the door, desperately trying to think of something. He knew saying his stomach hurt would be too obvious, he couldn’t say the kids would miss her because they were asleep. He could tell her that he’d miss her but at this point in their marriage, even though it was true, she wouldn’t believe him.

He’d been too hard and too cold for too long. She used to dream of getting back what they’d lost and she could feel him genuinely trying, but it was too late now. She gave him some story about not being late, that she was only going to stay out for a few but an opportunity like this very rarely came up for her. For years, he complained the kids were too young to be away from her but he should have used another excuse because that one was only going to last so long.

She went into her sleeping children’s bedrooms and kissed each of her three kids goodnight, leaving the role of mother until the morning.

As she swung her legs out of the taxi, she could hear the music from the club trying to burst its way through the walls. The song was a muffled mess but somewhere deep in her memory, she knew it. The worry set in that she wouldn’t have the moves anymore.

“Emily!” A group of the girls from work were getting out of their taxi a little way up the street. They seemed so happy to see her and any nervousness she was feeling went away. She was ready to do this!

The hustle and bustle, the music, being jostled by drunk people, it brought back memories. She spotted people that she knew left, right and centre. She felt like a celebrity, especially since everyone was so surprised to see her out.

And then she saw him, Paul. The whole reason she’d made this much effort. The reason she’d put her foot down and insisted on a night out. She wasn’t planning on anything happening between them, she was married and that meant something to her. But he made her feel special. He made her tummy do somersaults. Simply, he made her smile. Something her husband hadn’t been able to do for quite some time.

He hadn’t noticed her yet. He was laughing and joking with the guys, being the life of the party. It made him even more attractive. He had the kind of personality that lit up a room, even now, above the music, way over on the other side. She was going to head over and say hi but the girls from the office pushed her into the other room. Which was for the best because all of a sudden she had doubts about what the hell she was doing.

Drink, she needed drink. And she needed to find a corner to hide in before she made a fool of herself. What was she thinking? And now she was wondering if anything she had thought was real. Was she so desperate that she’d made up this whole scenario in her head? Had he even ever truly flirted with her? Had those moments when they locked eyes just him looking her direction rather than staring? Were the times when his hand had brushed up against hers nothing more than an accident?

She walked herself out onto the smoking terrace. There were a few wasted colleagues in the corner, sleeping off their ale ready for more action later in the night. But there was a quiet little arbor on the edge of the terrace with a great view of the city. It was covered in twinkly lights, like something she would like on Pinterest. Because that had become her entertainment since she was never out on the town.

Quietly, with drink in hand, she surveyed what she saw as she slowly sipped her sickly sweet cocktail. She wasn’t even sure what it was. “I never took you as a Rainbow Slut.”

“Excuse me!” How dare he! She looked up. Paul. He pointed to the drink and her hunched shoulders relaxed. He sat down next to her, close enough that her bare arm brushed up against his. Normally, short-sleeved shirts were a bit of a no no for her. Paul knew how to wear it. He had brown leather braces holding up his trousers, which were left a little short to show off his ankles, his feet slipped into comfortable but stylish loafers.

“You said you were going to come, I just wasn’t sure you would. I’m glad.” They both looked over the horizon, purposefully avoiding eye contact.

“I thought a night without being covered in the kids dinner, slobbed out in front of the TV was much-needed.”

“Not being slobbed out looks good on you.” He took a sip from his drink, furrowing his brow as he forced himself to look forward only.

“Not being at work looks good on you.” She shouldn’t have said it but he did look good. He smelt good too. Over the smell of the smoke, somewhere around the stale beer and spilt Prosecco, she could  smell his cologne. Everytime she had been that close to him at work, she’d taken note of the aroma. She loved it. She had even contemplated buying it for her husband so she could smell it more. This made her feel gross that she’d even considered that.

She carried on, “In my case, it’s lots and lots of makeup.”

His response, “You don’t need makeup to make you look pretty.”

This had to stop before it became something. “I’m going to find the girls.” She stood up, determined to leave. But he reached for her hand, holding it in his.

“Emily, please don’t leave. You don’t know how long I’ve been waiting to get you alone like this.” This was the moment when the hard decisions needed to be made. Stay or leave. This is the moment that told her that nothing had been innocent between them.

She decided to stay only for a little while, at least that’s what she intended.

Did you like what you read? Fancy buying me a coffee? It’s okay if you don’t, I’ll still love you! 😘